Skip to main content
Welcome  /  About the Institute  /  Walter Burke 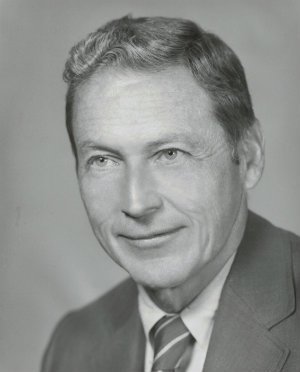 The Walter Burke Institute for Theoretical Physics is named in honor of a longtime friend of the Division of Physics, Mathematics and Astronomy at Caltech.

Walter Burke (1922-2018) joined the Caltech Board of Trustees in 1975. He was elected a life member in 2009 and held this position until his death. He was a member of the Jet Propulsion Laboratory committee as well as a member of the visiting committees for the Divisions of Physics, Mathematics and Astronomy and for the Division of the Humanities and Social sciences.

Walter Burke graduated from Columbia Law School in 1948 and practiced law for four years before becoming a financial advisor to Sherman Fairchild—the inventor of the aerial camera, who also owned and chaired several businesses and was a director at IBM. He succeeded Fairchild as Chairman of the Board of the Fairchild Camera and Instrument Corporation. He has served on the board of the Sherman Fairchild Foundation for more than 50 years, including 35 years as president.

Leaps in science made possible by theorists in the Walter Burke Institute for Theoretical Physics stand as a credit to Walter Burke, who has contributed to Caltech personally and also built a unique and special partnership between the Sherman Fairchild Foundation and the Division of Physics, Mathematics and Astronomy. "A long while ago, I became convinced that the PMA division's mission is critical to today's science," he said.

Over the years, the foundation has supported a pioneering postdoctoral prize fellowship program; a distinguished scholars program that brought more than 300 visitors to Caltech; a decade of annual visits by Stephen Hawking; research initiatives such as a Caltech–Cornell effort to simulate warped-spacetime phenomena; and key physical facilities including the Sherman Fairchild Library of Engineering and Applied Science and the Cahill Center for Astronomy and Astrophysics.